« Beis Nissan: Yahrtzeit of the Rebbe Rashab
Swastikas Painted on Memorial for Jewish Holocaust Victims in Town That Once Hosted Tomchei Temimim » 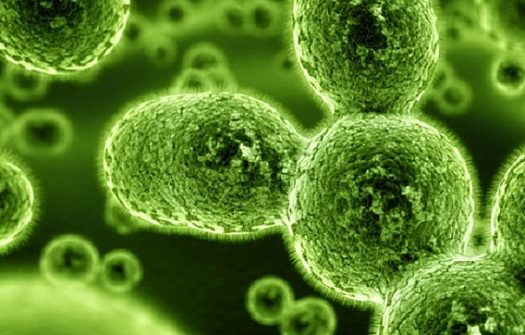 When a blood test showed a newly discovered but deadly infection in an elderly Brooklyn man hospitalized for surgery in Mount Sinai Hospital last May, he was immediately placed in isolation in the ICU, according to a New York Times report.

The germ that showed up in the blood test was a fungus called Candida auris, which has been attacking people around the world, mostly those with weak immune systems. C. auris is resistant to antifungal medications which renders it a major public health threat, similar to “superbugs” – bacterial infections which are resistant to antibiotics.

The Times reports that C. auris has struck in various countries around the globe in the past five years, including South Africa, Spain, England, Venezuela India, Pakistan as well as the United States.

In London, it closed down the ICU for 11 days in Royal Brompton Hospital, a prestigious lung and heart center. In Spain, 85 patients developed C. auris infections, of which 41% died within 30 days.

Recently, the fungus hit the United States, specifically New York, New Jersey and Illinois. The federal Centers for Disease Control and Prevention (CDC) added it to the list of germs considered “urgent threats.” There have been 587 cases of people infected with C. auris in the US.

According to scientists, millions of people around the world could die of drug-resistant infections by 2050 if new medications aren’t developed. Some scientists explain the rise of drug-resistant fungi in humans to the widespread use of fungicides on agricultural crops to keep them from rotting.

The Times quoted Dr. Lynn Sosa, deputy state epidemiologist in Conneticut, who believes that C. auris is the number one threat of drug-resistant infections as “it’s pretty much unbeatable and difficult to identify.” Like the elderly man in Mount Sinai, most people who contract it die within three months.

When the elderly man died in Mount Sinai after three months, evidence of C. auris was found throughout his room. “Everything was positive — the walls, the bed, the doors, the curtains, the phones, the sink, the whiteboard, the poles, the pump,” said, the hospital’s president Dr. Scott Lorin said. “The mattress, the bed rails, the canister holes, the window shades, the ceiling, everything in the room was positive.”

Mount Sinai was forced to rent special equipment to properly clean the room and even had to get rid of some of the floor and ceiling tiles in their quest for sterilization.

« Beis Nissan: Yahrtzeit of the Rebbe Rashab
Swastikas Painted on Memorial for Jewish Holocaust Victims in Town That Once Hosted Tomchei Temimim »