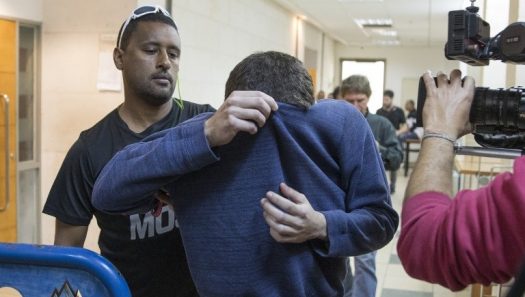 The American born teenager who is suspected of making hundreds of bomb threats to JCC’s and Jewish institutions in the US is back in custody after he briefly escaped.

The 19-year-old hacker was being transferred to integration after a court hearing when he managed to loosen his legs shackles. He reportedly pushed an officer and dashed down the street. Police tacked him and brought him back into custody.

The teen, whose name has not been released to the public, is accused of making hundreds of bomb threats to JCC’s just after president Trump was elected. At the time, many in the media put the blame on the election of president Trump for the rise in anti-semitism, and speculated that right-wing extremist were behind the threats.

The suspect’s attorney and parents have said that he has a benign brain tumor that affects his behavior. They apologized for their sons alleged actions.