« Video: Everything You Always Wanted to Know
Chabad of Puerto Rico Balances Taking Care of the Needy and Itself » 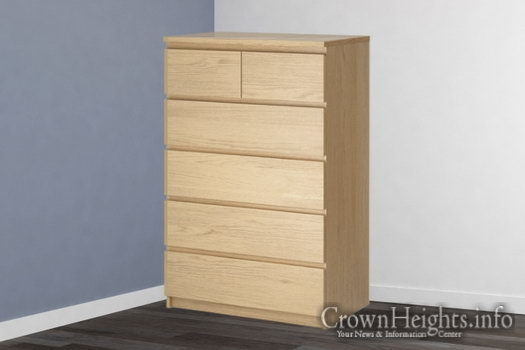 Ikea relaunched a recall of 29 million chests and dressers Tuesday after the death of an eighth child.

CEO Lars Petersson said Ikea wants to increase awareness of the recall campaign for several types of chest and dressers that can easily tip over if not properly anchored to a wall.

The death of a California toddler, who was found trapped underneath an Ikea Malm dresser in May, has raised questions about whether Ikea has effectively spread the word about the recall, which was first announced in June 2016. The Swedish retailer and the federal safety regulators are asking customers to take immediate action to secure the dressers, or to return them.

« Video: Everything You Always Wanted to Know
Chabad of Puerto Rico Balances Taking Care of the Needy and Itself »