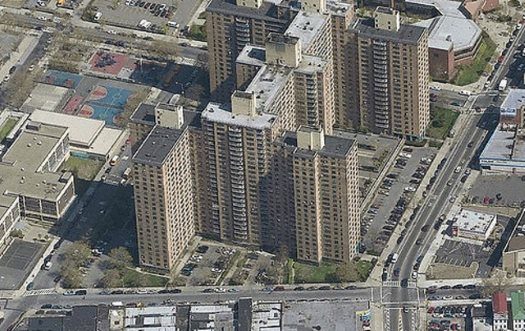 Two people were injured after a fire broke out on the 14th floor of the landmark Crown Heights high-rise apartment complex known as the Ebbets Field Apartments early Tuesday morning.

The incident occurred at 11 McKeever Place, located between Empire Blvd. and Montgomery Street, beginning at approximately 3:00am.

Witnesses say they heard screams and saw smoke, which eventually prompted a large response by the FDNY. 20 units and 78 firefighters converged at the scene, and had the fire under control within an hour.

Two people were taken to Kings County Hospital to be treated for injuries. They are listed in stable condition.