« After Eviction, Chabad of Brentwood Has A Chance To Regain Their Chabad House
Weekly Letter: Transitioning from the Depth of Egyptian Slavery to the Loftiest Spiritual Heights of Har Sinai »

As a united front, everything is possible, even in politics.

A Jewish community in Queens, NY, banded together to ensure that their voice was heard and that their candidate got a seat on the New York City Council.

Former Queens City Councilman James Gennaro found himself poised to land a landslide victory Tuesday night, after gaining over 60% of the vote in NYC’s District 24, far ahead of any of the other candidates.

Gennaro faced off against seven other candidates, including progressive Moumita Ahmed, who won an endorsement from Senator Bernie Sanders of Vermont. As of Tuesday night, Ahmed was in second place, holding only 16% of the district’s vote.

So what happened to create such a landslide victory?

According to foresthillspost.com, the election included a major push by an organization named Common Sense NYC, which published mailers in an all-out campaign targeting the residence of District 24.

One example of the organization’s bold tactics included a pamphlet mailed to the entire district with the line “Reckless Moumita Ahmed. No experience. Plenty of Bad Ideas,” featuring images of Moumita hugging a Bernie Sanders doll and showing off a Bernie tattoo.

According to the report, the organization was well funded with over $1 Million in donations.

Another major push came from District 24’s Jewish community, which banded together to create a block vote.

“It started off posted on a forum,” Kew Garden Hills resident Charlie Cohen told CrownHeights.info. “Then text messages, emails, forums. The word got out that the election was important because it was ranked-choice voting.”

“They didn’t tell you how to vote,” Cohen said. “It was your choice.”

Yet the community did everything in their power to get people registered to vote, with Queens Chaverim providing rides for anyone who needed help getting to the polls.

“Gennaro had been good to the Jewish community in the past, he was a team player, pro Jewish and well-liked,” Cohen said.

The Jewish block gave such a solid lead, that the entire election was almost pre-ordained.

Can this happen in Crown Heights as well?

The answer to that question is complicated. While a majority of the Crown Heights area may not be Jewish, the lead a solid block vote may bring is substantial in any election, especially a local one. But that is not the problem.

Unlike the Jewish areas of Queens, Crown Heights is split into three districts, the 35th, 40th, and 41st, making a true block vote simply impossible. Yet that doesn’t mean we can’t make a difference.

“The June Election is pivotal and will tell us if there is a future for us in NYC,” Yosef Hershkop told CrownHeights.info. “1500 to 1800 votes can really make the difference in a local election.”

“It’s also about the next election. A strong turnout will make them value us next time,” Hershkop said. “We must learn our lesson from the way Cuomo gets to treat the Frum community, politics matter.”

The hard part of gaining political attention is not photo ops or lavish dinners, rather simply getting people of Crown Heights to vote.

According to one estimate, only 1 in 5 Crown Heights’ers are registered to vote, and of those, between 20% to 40% are registered Republicans, leaving the community hopelessly divided and useless as a political leveraging tool.

“The first thing we have to do is switch everyone to register Democrat for the primaries,” Hershkop told CrownHeights.info. This wouldn’t mean that a person has to vote Democrat in the actual election, but would simply allow the people to have a sway over who will be the Democratic candidate. Having a strong say over who the democratic candidate is, will equal strong political power to leverage against.

Instead of needing to scream and shout to be heard, politicians looking to garner votes for future elections will visit Crown Heights, listening to the community and looking for ways to ingratiate themselves.

With strong political leverage, Crown Heights can finally see some of the city’s resources pointed towards the community’s needs, rather than being profoundly ignored.

The next major election for New York City will be taking place this June, but the deadline to switch parties is February 14th, just ten days away. 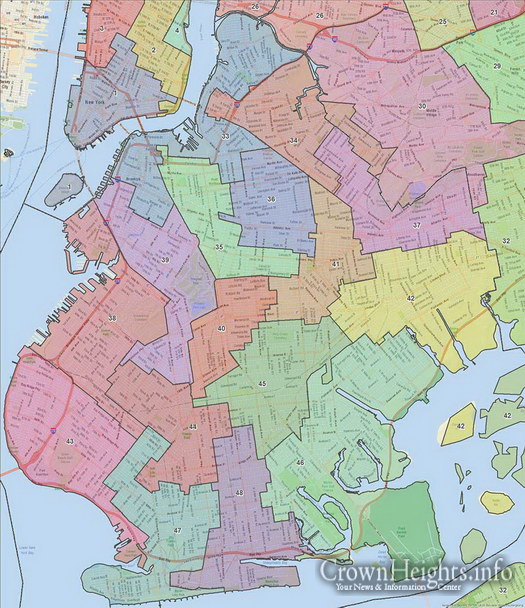 « After Eviction, Chabad of Brentwood Has A Chance To Regain Their Chabad House
Weekly Letter: Transitioning from the Depth of Egyptian Slavery to the Loftiest Spiritual Heights of Har Sinai »