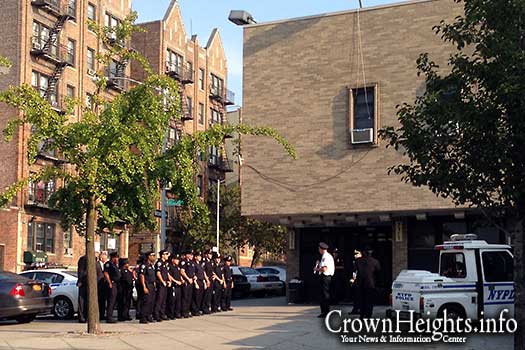 The 71st precinct, which covers a majority of the Crown Heights Jewish community, is reminding the community of the limits placed on religious gatherings in New York City.

“As per the NYS GOV and NYC mayor, only 10 people are allowed in a house of worship,” Community Affairs Officer Vincent Martinos told CrownHeights.info.

The allowance for ten opens up Minyanim across New York City, not just outdoors, but inside Shuls that have been empty since before Pesach.