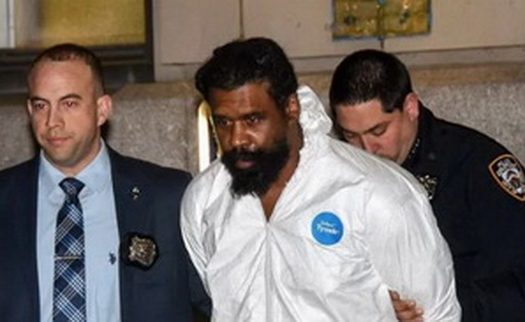 The man accused of using a machete to hack five Orthodox Jews at a Hanukkah party had Jewish friends while growing up — and even did Sabbath chores for them, his mom told The Post on Wednesday.

Grafton Thomas, 37, “was born in a Jewish neighborhood in Crown Heights,” Kim Thomas said in her first public statements since her son’s arrest in the Saturday night bloodbath in Monsey.

Kim, 55, said her son would help one Jewish family observe the Sabbath by performing tasks prohibited by their religious beliefs.

“Grafton grew up going there on a Friday afternoon to turn off the lights for them,” she said.

That practice is commonly known as serving as a “Shabbos goy” — a non-Jew who performs Sabbath tasks.

Before his arrest, Kim said, Grafton was always welcomed warmly whenever he returned to Brooklyn from their home in upstate Greenwood Lake.