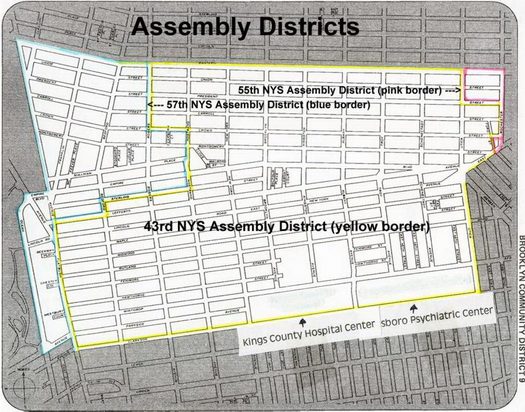 Map of Community Board 9

Community Board 9 (CB9) ended its regularly scheduled sessions for the summer in a state of even more uncertainty, with vacancies for key board personnel.

At a characteristically disorderly meeting on Wednesday, June 26, Patricia Baker, who elected as CB9 chair last July, withdrew her name from the running due to her frustration with board’s “dysfunctional” ways. The board did not elect a new one, and failed to address how it would proceed with filling the district manager position, which has been vacant for more than three years.

The meeting comes after three members of the executive board stormed out of the May general meeting, preventing the board from having a quorum and in turn hearing from district manager candidates. Last week, the executive board counted votes for the district manager position cast at a June 11 special meeting, only to discover no candidate had reached the vote threshold necessary to be elected.

The more than two-hour end-of-session general meeting at M.S 61 dragged on longer than the two hours allotted, leaving board members scrambling to cast ballots for a chair as NYPD officers ushered them out of the school building, before deciding that they would hold a special session in July to elect their chair. CB9 also put off discussion until September on how it would select the new district manager—a position that will be chosen either via forming a new search committee or the existing search committee finding new candidates for which to vote.