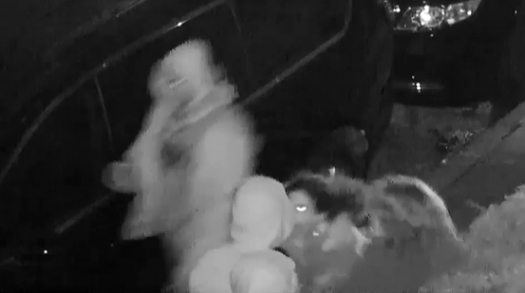 Surveillance video of an attempted robbery on Brooklyn Ave, that ended with the robbers in custody, has surfaced. With the help of community members and the NYPD, three people were arrested in connection with the incident.

The incident occurred just one week ago on Sunday November 25th, on Brooklyn Ave.

As previously reported on crownheights.info, two Jewish woman were accosted by three male blacks who attempted to rob them of their jewelry.

Surveillance video of the incident has surfaced, leaving no question as to the event. Two of the three attempted robbers are seen walking on the sidewalk, and corner the two woman against a bush, while a third lags slightly behind. The two grab at one of the woman, who pulls away from them while screaming. As soon as she breaks free of them, all three are seen fleeing down Brooklyn Ave.