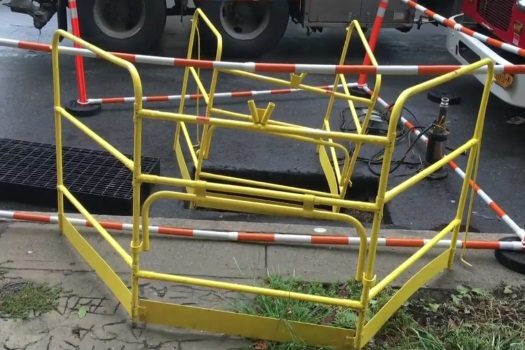 Several dozen Crown Heights residents were left without power yesterday, Monday, after a manhole burst into flames on Empire Blvd.

A manhole near the intersection of Empire Boulevard and New York Avenue caught fire just before 11:00am Monday morning.

Firefighters were able to put out the flames, and no one was injured in the incident.