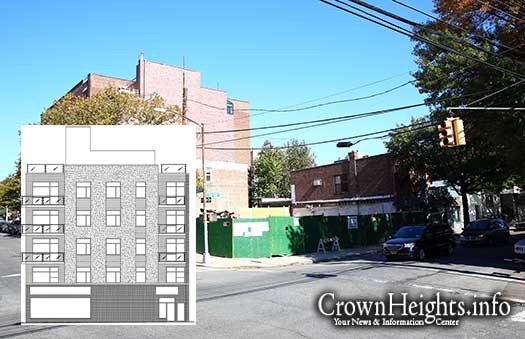 Demolition has begun at the site of a former mechanic shop on East New York Avenue. Developers have filed plans for a new five-story, eight-unit apartment building to take its place.

Demolition of the building began a number of weeks ago and stopped abruptly after the Department of Building cited unsafe conditions at the site, including a missing construction fence and the use of heavy machinery without proper permits, among other issues.

The developer plans to build eight “high-end units” with an average 1,000 square feet per unit and a ground floor “community facility.” There are no plans to build any parking space.