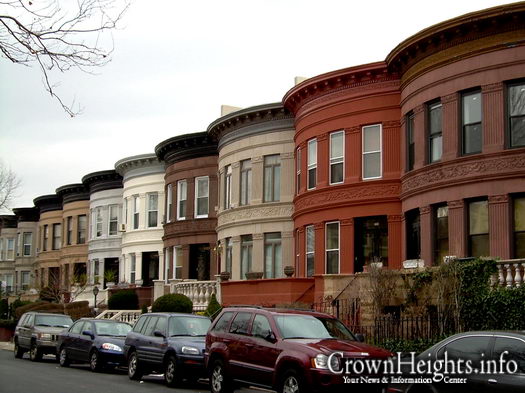 New York City News Blog The Gothamist recently published this following article on the practice of speculative real-estate investors who incessantly try to persuade homeowners to sell their homes to them for cash:

Christopher Foreman will be inside his Union Street house eating dinner or watching TV when the doorbell rings and a stranger asks to buy his brownstone.

Stranger: “Are you interested in selling your house? I’d like to buy your house for my family.”

Foreman is not interested in selling his house, and yet, the offers keep coming. His family has owned several properties in Crown Heights for more than 50 years, and growing up he says his grandfather called Franklin Avenue “the armpit of the world.”

There is a sushi joint on Franklin Avenue now, and another on Bedford, and another on Nostrand. Brownstones around here are regularly selling in excess of a million dollars. Foreman wants to stay right where he is.

“My mother brought the house on Union Streets so that she could raise her family,” he said. “You still see strollers [around the house]. We’re not done yet.”

By his accounting, the brownstone he and his siblings inherited is worth around $800,000; he is not worried about being pushed out. But he is annoyed by all the doorbell ringing.

“It’s like somebody coming to your family at [Six Flags] Great Adventure and saying, ‘Hey can I buy your car?'” he said.

The pressure comes in other forms. Foreman’s cousin, OurBKSocial blogger Ayanna Prescod, also lives in the neighborhood and is sick of flyers encouraging homeowners to sell.

The flyer is a polished update of the “Cash for your home” printouts that used to be more common in the area. Prescod’s issue is not so much the one flyer, but the constant appearance of advertising like it, which she considers “harassment.”

“All signs are the same whether polished or not,” she said. “They all mean one thing: ‘Sell your home.'”

Tenzing Chadotsang, an affordable-housing advocate who lives in the neighborhood, said the deluge of flyers has actually died down in recent years, and that the realty company flyers are less pernicious than those that offer cash, which are typically the work of speculative investors. Such investors account for about 70 percent of small-home purchases, a broker told the Times in 2013.

Those companies have already moved on from Bedford-Stuyvesant, Crown Heights and western Queens and are hard at work in Brownsville, East New York, Sunnyside, and Jackson Heights, according to Chadotsang, who is the deputy director of the group Chhaya. Robocalls to homeowners are also common.

“It’s quite an effective way to do it because they say they’re going to offer cash,” Chadotsang said.

When a homeowner does put her property up for sale, such investment companies often swoop in and outbid regular would-be buyers, either by offering more money, or offering the full amount of the offer in cash the same day, whereas many bidders have to wait several weeks for loan approval, Chadotsang said.

As for flyers like the one that drew Prescod’s attention, left by Fillmore agent Erwin Murray, they are regular as rain.

“I get those every few weeks, saying that I should sell,” Chadotsang said. “It’s a standard practice and it happens with literally every real estate company.”

Reached by phone, Murray the realtor was not eager to discuss the merits of canvassing gentrifying neighborhoods looking for a client.

“Is this going to be a positive story? Or…” Murray said. He declined to be quoted further.

Stop leaving these on the Brownstones we own in Crown Heights..@FillmoreRE Please & Thanks! pic.twitter.com/8cIwLR8wn3