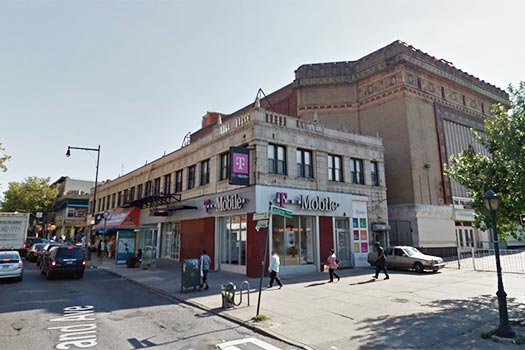 Building applications have been filed with the city’s Department of Buildings with plans to demolish an existing building on the corner of Eastern Parkway and Nostrand Avenue, and build a seven story apartment building in its place.

The application was filed on September 30th and was first spotted by pro-development blog New York YIMBY. The application calls for the demolition of 834 Nostrand Avenue, a two-story building – which was built in 1909 and contains two residential units and six commercial units – in order to make way for a seven-story, 33,505 square-foot residential and commercial building.

Plans were filed by SWA Architects on behalf of the building’s owners, David Escava of Helm Equities – who acquired the property in 2008 for $2.4 Million.

Filing plans include an automated 18 car parking garage and cellar for bike storage, above which will be commercial space, a ‘community space’ and five stories of residential unit ranging from 800 square-feet to 1,200 square-feet and a rooftop recreational area.

This project will follow the recently complete one at 341 Eastern Parkway, on the corner of Franklin Avenue, which has apartment rentals starting at over $2,000 for a studio apartment all the way up to and beyond $4,000 a month.

This project stands across the street from 542 Eastern Parkway, which was purchased for just over $2 Million by Crown Heightser Shimon Liani in 2007, and was renovated to include 12 resident units and one commercial unit which is occupied by Dunkin’ Doughnuts