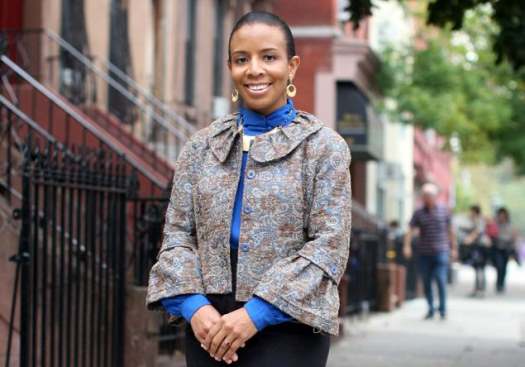 Newly elected Councilwoman Laurie Cumbo released a statement today apologizing for comments she made on December 3rd regarding race relations in Crown Heights and the knockout ‘game.’

In her statement, Cumbo addressed the outrage expressed by fellow government officials and members of the Jewish community when she said that the violence could stem from race relations between blacks and Jews in the Crown Heights area, specifically that various black residents said they feel threatened by the growth of the Jewish community.

The statement in full:

On November 5th, the voters in the 35th Council District conferred upon me the highest honor of representing them in the New York City Council. From the outset of my campaign, I have sought to be sensitive to the needs of all the residents in the District, regardless of their ethnicity, race or faith. I am proud that my supporters have come from virtually every segment of the communities present in the 35th CD.

In addition, during the course of the campaign I knocked on hundreds of doors and had numerous conversations with local residents, learning more of the many issues on the voters’ agendas, as well as their hopes, fears and perceptions.

My top priority has always been addressing those issues that matter most to my constituents as the representative of all of the people in the District. I want to build bridges and bring people together and so I especially regret that my comments on the recent violent incidents in Crown Heights were offensive to my constituents.  My intent in writing my recent letter was to stimulate dialogue on an important issue, but in doing so, I emphasized the divisions between people and repeated inappropriate stereotypes instead of bringing them together.

I sincerely apologize to my Jewish constituents for any pain that I have caused by what I wrote. It was the opposite of my intention. I have taken the last week to reflect, evaluate and meet with Jewish, African American and Caribbean leaders all across New York City, and I understand now that my words did not convey what was in my heart, which is a profound desire to bring our diverse communities closer together.

As I am about to embark on my career in government, my goal is to generate collaborative ventures that will bond people of all backgrounds. I hope and pray that I can achieve these goals, in the spirit of the 133rd Psalm, “How good and how pleasant it is when brothers dwell in unity”.

Rabbi Yaacov Behrman, Executive Director of the Jewish Future Alliance, had this to say in response to the councilwoman’s apology:

A week ago we expressed criticism towards Councilmember-elect Laurie Cumbo for her statement placing a possible motive for the recent ‘Knockout’ attacks in Crown Heights.

The JFA felt her comments were inappropriate and may be misunderstood as excusing the violence. Over the past week we met with Laurie and other elected officials in the district to discuss our concerns and disapproval.

The Jewish Future Alliance commends Laura Cumbo for doing the right thing and apologizing. We look forward to working together in the future as “one community”.