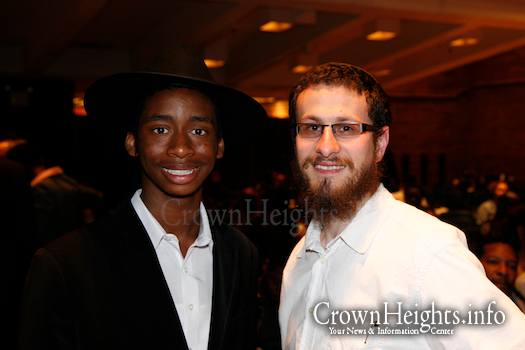 Thoughtful, cool, almost cerebral, Yosef Abrahamson is not your average Crown Heights Brooklyn Lubavitcher Chasidic Orthodox Jewish black teen Republican from Omaha, Nebraska. Then again, the 17-year-old two-time winner of the NYPD’s “Commissioner for a Day” essay contest is not exactly average anything, either.

Born in Omaha into an unbroken matrilineal line descended from German Jewish immigrants and raised by his devoted mom, long-time Nebraska GOP activist and national delegate Dinah Abrahamson, along with older sister Sarah, Yosef grew up in the Cornhusker State’s Republican Party. In the state’s GOP, Yosef joined his mother in hobnobbing with such heavyweights as Hal Daub, Mike Johanns, Lee Terry and later, George W. Bush, over a lifetime of political activism.

Who is Yosef Abrahamson? What drives him?

Well, in what aspect of life do you mean? Of course, here [in yeshivah high school in Crown Heights] what drives me is wanting to grow more in learning and Torah, and in the political sense, just wanting to see what’s going on and having a part in the direction the world is taking.

So you want to put down political roots here?

Do you see yourself running for City Council or Mayor in New York eventually?

I don’t know about New York, but… I don’t know. The actually running thing is very difficult for me to wrap my mind around even though I love being a part of helping the right candidate get into office, but I’m not sure if I would 100% want to actually be a politician; for now I’m just content watching and helping as best I can these great people shape the country.

Why do people equate conservatives with Republicans?

Probably because Republicans and conservatives do have a lot of the same interests at heart, but [from] a Democratic standpoint I could see it as someone who is a potential opponent for them, and worldwide I think it’s just because they do share a lot of the same values.

So what would you say to the conservative Democrat?

To the conservative Democrat I would say… [pauses to think]… what do you mean, exactly?

Like here in Crown Heights, a lot of people are registered Democrats but are the same as you religious-wise, conservative-wise, values-wise-what’s the Republican message to them?

More or less, probably, “Look at the issues 100% and look at each person that’s running and don’t just judge by ‘Democrat,’ ‘Republican’-continue having that conservative outlook. And that’s how you have to vote and those are the people you have to support: the people who have the same outlook as you, not just the same political affiliation.

Recently one of the Young Republican movements had some controversy you may be aware of… so again, the problem has risen again of the stereotype of the Republican Party being the racist good ol’ boy party. How does the GOP shake that stereotype?

[Thinks] Being more, probably, open and honest about our message… and getting it out there. Just being honest with the people. I mean, we have to work very hard to change that, the thinking that the GOP is just a bunch of the old boys just keeping it the same and not changing anything, being against more people of color and that kind of thing, which is 100% not true! But that’s the thinking that’s in the world right now and we have to just be honest with our message and show what we’re really supposed to be.

You recently won a NYPD essay award for the second consecutive year. What did you do right that the other contestants didn’t?

I don’t know so much what they did. I tried my best just to focus on what I wanted in there, my message… I think writing is my true calling, hopefully… I did a lot of research and tried to put my thoughts into words, and thankfully, it came out good.

So you think the Police Dept. found what they were looking for in your ideas?

I hope so. I think that the ideas I put out there were good, and I hope that they decide to implement them; I think they could really help change some things around here and get the public back on the police’s side. There’s a lot of negative stuff, negative thoughts about the police here… and I hope that by implementing [my essay’s ideas, it will] make the streets a lot safer here for innocent people but also, give them a lot more faith in the NYPD.

Why this contest of all things? Why not any other literary contest?

Because I thought it would really make a difference to write there and it really kind of struck a chord when it was presented to me to write for this contest, and I honestly, as I said before, had some ideas there that could really help, and it was just about doing something important.

So you always had an interest in improving the relationship between the public and law enforcement?

More or less. When I first came here… it was really an opportunity to help the community here.

You had mentioned writing before. Do you see yourself becoming a journalist?

Not exactly a journalist. I like writing more fiction-based things, but writing in general I find as a way to put things that are inside you-feelings, thoughts-into words and express them, and I think that’s really almost one of the more free-est [sic] jobs you can have.

What are the unique challenges of being a black Orthodox Jewish Republican teenager?

People ask questions, and I guess some people don’t think that if you’re dark-skinned now in this era that you should support someone that’s not black, let’s say, as in President Obama as president: we were strongly for McCain. So I guess that sorta had people kinda strung the wrong way but really, you have to look at the issues and what each candidate stands for, and that’s the most important thing. Skin color shouldn’t have anything to do with that. And as for [being] Jewish, of course you have to look at our heritage as Jews and the message that we stand for as Chasids [sic] and have to incorporate that into who should lead the country and so on and so forth.

What would be the biggest stereotype you’ve helped shatter, then?

Hmmm…. I’m guessing that “someone dark-skinned can’t be Jewish.” I was born Jewish, my mother’s line straight directly through, and complexion shouldn’t have anything to do with that …. That’s probably the biggest stereotype that I’m hoping has been shattered and continues to be shattered.

It’s really been not so in your face as people would have you think. People do occasionally come and ask questions, “How can you be Jewish and dark-skinned?”

Is that black or Jewish?

More black people, ’cause they see me with my [traditional Chasidic] black hat and jacket, but I just explain to them the background and more or less, they get it.

Where sort of future do you envision for the Republican Party?

Hopefully we can get all the stormy weather clear and we can go back to being the dominant party, because the Republican Party really has the best ethics and values of anyone out there right now. We just have to reestablish that and come back stronger, which I think we’ll do in the coming years once we see that the other side’s ideas aren’t working, as is being shown right now. It’s just not working. And our ideas work.

How do you get the message out that the [Democratic] ideas don’t work? Because the majority of America wouldn’t really agree with that.

It’s starting to show now, subtle things are showing that some of the ideas the Democrats have aren’t clicking with the country. This recession is not getting any better right now. We have to put forth the ideas and show that our message is the stronger one, and that’s how Republicans get back into the position of leading this country.

HHR NOTE: We would like to think one of our contributors Mendy Hecht for conducting this interview. Mendy a friend of HHR Blog is a journalist on Orthodox Jewish issues from around the world and in Crown Heights. 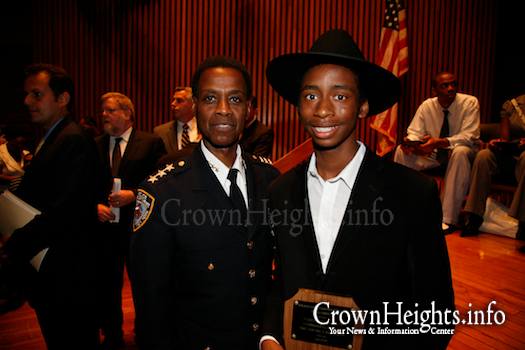 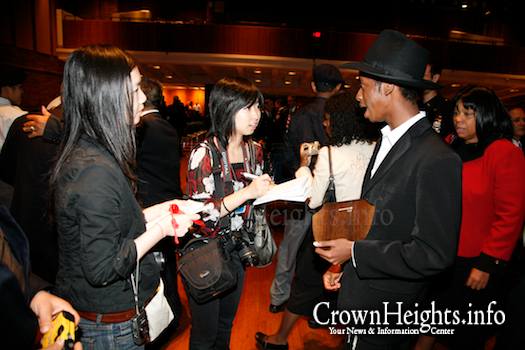 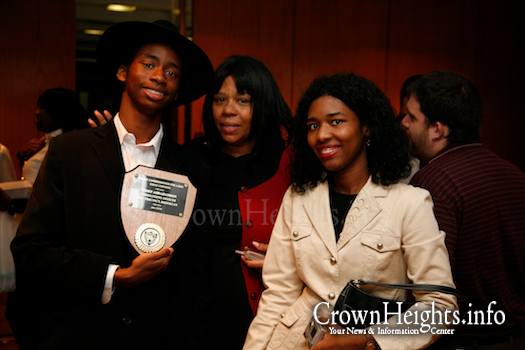