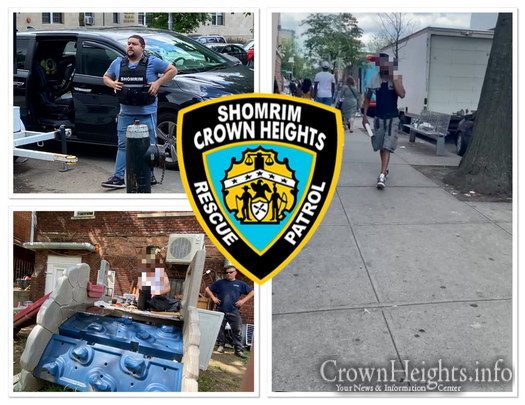 This story brings the term ‘Caught Red Handed’ to mind.

A pair of not-so-subtle thieves were attempting to make the score of the day on Kingston Ave in Crown Heights after discovering a package of expensive iPhones accidentally left unsecured.

It would have been an easy target for the duo if not for the fact that the phones were tucked away, and not so easy to reach. So in an incredibly suspicious position, the pair got caught literally half in, half out of their theft.

Suffice it to say that Crown Heights Shomrim was called, and after pointing out that they had been caught literally in the act, they handed back over the phones.

“Thanks to a quick and great response by our Vol’s thousands of dollars of stolen iPhone’s and other goods recovered on behalf of a local charitable organization,” Shomrim tweeted.

Crown Heights Shomrim was able to locate the owner of the phones and return them.