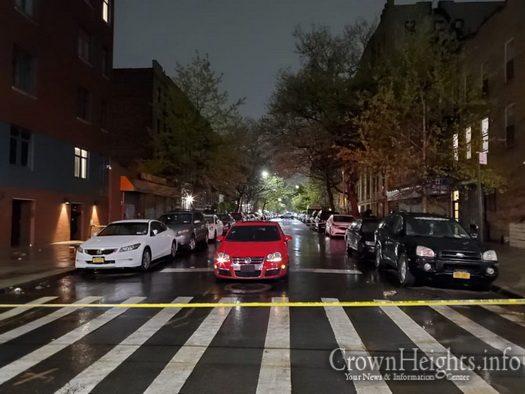 A man in Crown Heights was critically injured Motzei Shabbos when he was shot multiple times while waiting at a light.

Witnesses reported the shooting just minutes before 1:00am Motzei Shabbos at the corner of Montgomery Street and Nostrand Ave.

As can be seen from footage from the scene, a red Volkswagen was waiting at the light when multiple shots were fired inside the vehicle. Two people fled from the vehicle on foot, one of whom appeared to have been shot.

The responding police officers immediately began searching for the suspects, even conducting a building search after a witness reported that at least one of the suspects had entered it.

The victim inside the vehicle was rushed to the hospital in critical condition, while the police continue a citywide search for the second injured person.

This shooting continues a bloody weekend, with three other people shot in the Crown Heights area since Friday evening. New York City has seen at least nine people shot throughout the city so far this weekend. 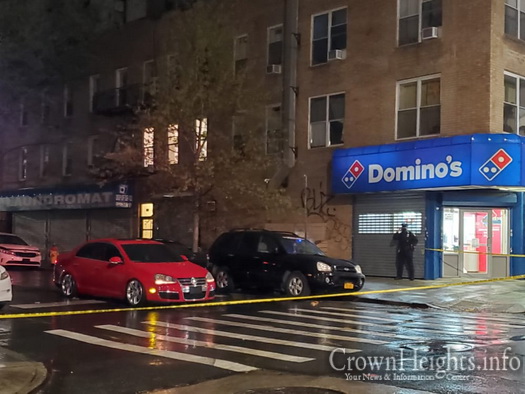 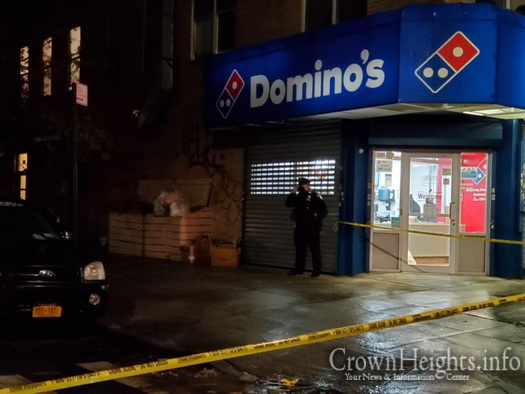 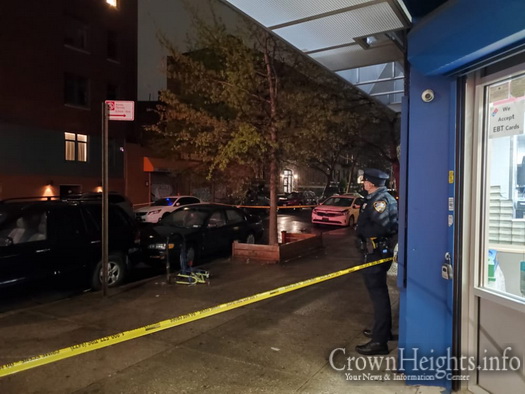