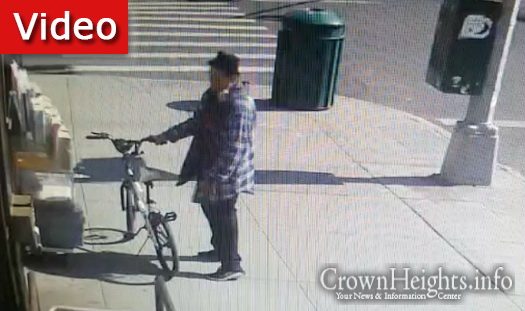 “If it’s not bolted down, they’ll steal it.” It’s a sad story, but a reality in Crown Heights. A young boy found this out after leaving his bike unattended outside the Kol Tuv Supermarket Thursday. The thief made off with the bike, but later dumped it after Shomrim volunteers tracked him down. The bike was recovered, and returned to its owner.