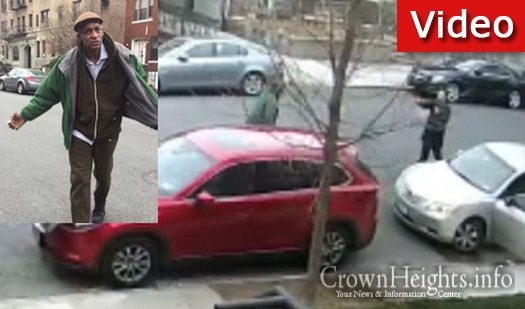 A package thief was caught in the act this week when a resident confronted him on President St in Crown Heights.

The thief can be seen on video around 2:13pm as he walks up to a home near Schenectady Ave and helps himself to a package on the stoop.

As the thief steps back onto the sidewalk, he drops the package as he is confronted by a Crown Heights resident with his phone out.

The resident snapped a photo of the belligerent man as the thief attempted to intimidate him, before going on his way without the loot.