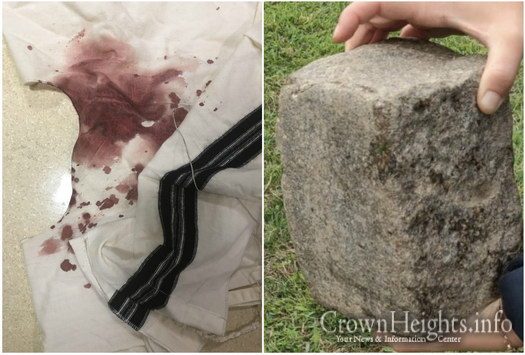 An arrest has been made in the beating of a Crown Heights Resident that occurred at the end of last month. The man arrested is presently being held in a psychiatric ward of a local hospital.

An arrest has been made in the case of Rabbi Abraham Gopin, 63, who was walking through a Crown Heights park on August 27th when he was viciously assaulted with a brick.

Oniel Gilbourne, 26, was arrested for assault as a hate crime, along with charges of criminal possession of a weapon. Gilbourne, a resident of Brooklyn, is presently being held in a psychiatric ward of a local hospital.

Rabbi Gopin, a Crown Heights resident, sustained injuries to his face, and suffered several broken teeth as a result of the assault.

This morning, as my father in law was walking in Rochester Park in Crown Heights, he was attacked with a deadly weapon. This is absolutely frightening, and obviously something that a civilization should never tolerate. May Hashem protect us, and we should only share good news. https://t.co/ZEYjk92Fms