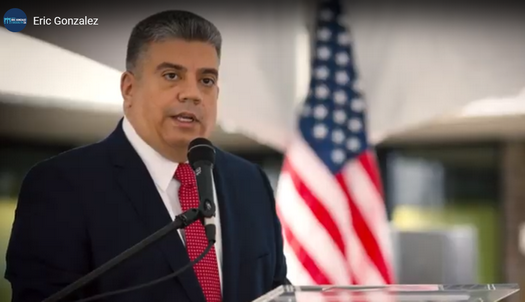 A recent New York Post article on an initiative by Brooklyn DA Eric Gonzalez to bring a softer approach to crime fighting has sparked outrage from many victims and Law Enforcement.

“Brooklyn District Attorney Eric Gonzalez has a bold new plan for law and order in Kings County — letting criminals go free, and, he thinks, their victims will be just fine with it,” the New York Times wrote.

“Sending someone to jail is often not what [victims] want, what they want is to make sure the person leaves them alone, doesn’t hurt them or hurt anyone else and gets the needs for what’s causing them to act out in the first place resolved,” Gonzalez told reporters Monday.

Gonzalez made the bizarre claim while announcing his short-on-details, soft-on-crime scheme called “Justice 2020,” a self-described “groundbreaking initiative” that is aimed at locking up fewer crooks and getting those who are behind bars back on the streets earlier.

“I believe that for too long we’ve only provided one narrative, and that narrative is if someone goes to jail, we are going to be safe,” Gonzalez said.

“We are moving past that narrative. The narrative that simply incarcerating someone promotes safety.”

The report, written over 52-pages, offers few concrete examples of how his office will achieve this bizarre plan. With only a statement that the assistant district attorneys will consider “non-jail resolutions at every juncture of a case” and shift “toward community-based responses to crime.”

When asked what that might look like and which crimes should be exempt from prison time, Gonzalez only had vague answers.

“The serious cases you know, rapes, and homicides, and serious assaults, I fully expect that we are going to hold people accountable and most often that is going to look like prison time,” he said.

Later in the article, the New York Post claims that the Cops and police unions also blasted the Democratic DA’s new plan.

“In my experience people who do small crimes graduate to bigger more serious crimes. That he is how we dropped the murder rate from over 2,000 to under 300. That wasn’t luck,” said one retired Brooklyn NYPD detective.