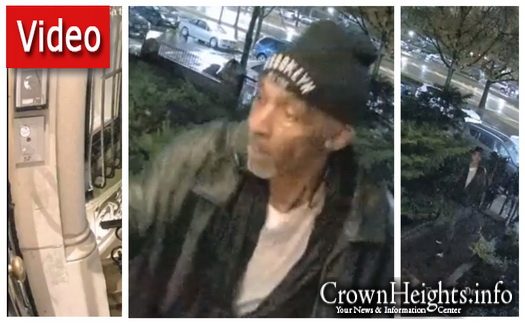 A package thief took stealing packages to the next level, when he broke into a Crown Heights home Friday night to take two packages. The man, with his face clearly exposed to the video camera, thankfully only wanted packages.

Stealing packages has become a lucrative trade, with package thefts rising sharply during the holiday season. What used to be a crime of opportunity though, has been taken to the next level of breaking and entering.

Friday night, at around 2am, two people can be seen on surveillance footage walking by a house on Eastern parkway, before turning around and approaching the gate.

One stands lookout while the other, a man, opens the gate and walks up to the door.

He attempts to open the door using the handle, but when it is locked, he produces a screw driver and opens the latch.

He spends only a few seconds inside before exiting with two packages.