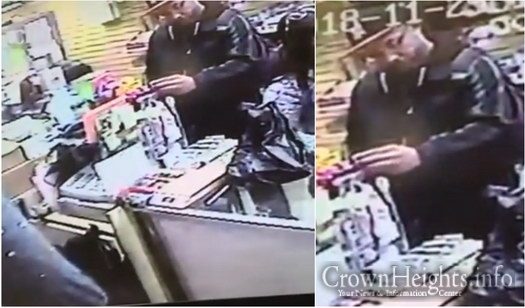 A man attempted to steal a tzedaka box from a store on Kingston Ave Sunday afternoon. The owner chased after him and caught him, taking back the tzedaka box.

A man walked into Post Mark-It Sunday afternoon around 3:00pm, and while the owner was distracted, stole a few small items. Then, after asking the owner to look at an item away hung behind the counter, he picked up a tzedaka box and placed it under his jacket. The thief then fled out of the store.

The owner of the store noticed, and ran after him, catching up to the thief as he was transferring the tzedaka box from his jacket to his backpack.

Realizing he was seen, the thief handed back the tzedaka box saying, “I feel bad. Take it back.”