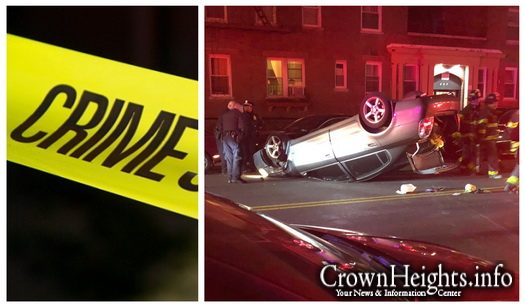 The driver of a car fled the scene last night, after flipping his car on Lefferts Ave. No other cars appear to have been damaged, and no one appears to have been hurt.

Just minutes before 1am Sunday morning, a 911 call was placed for a car that had overturned on Lefferts Ave between Kingston and Albany Ave.

The driver of the vehicle was seen by a witness fleeing down Lefferts Ave towards Albany Ave.

Photos from the scene show a grey 4 door sedan on its roof after having flipped for an unknown reason. No other cars were damaged, and no one appears to have been hurt in the incident.