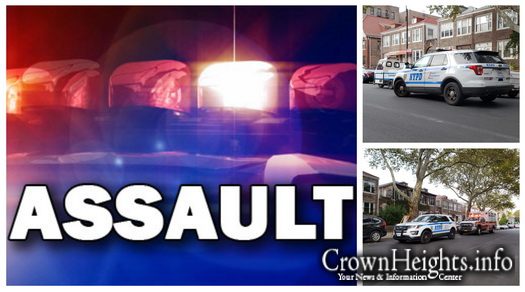 Two Jewish girls were victims of a senseless attack in broad daylight, just hours before shabbos.

The incident occurred just after 3pm on President Street between Utica and Schenectady Avenues. Two Jewish girls were walking to their house, when a black female in front of their house approached them, and punching one of the girls in the face, as well as hitting her with a rock.

The assailant fled down President St towards Schenectady Ave, and turned down Schenectady towards Carroll St.

911 and Shomrim were called, and although they arrived quickly, were unable to locate the assailant.

The girl assaulted sustained injuries to her face, and was treated on scene by Hatzolah. The other did not sustain any injuries.