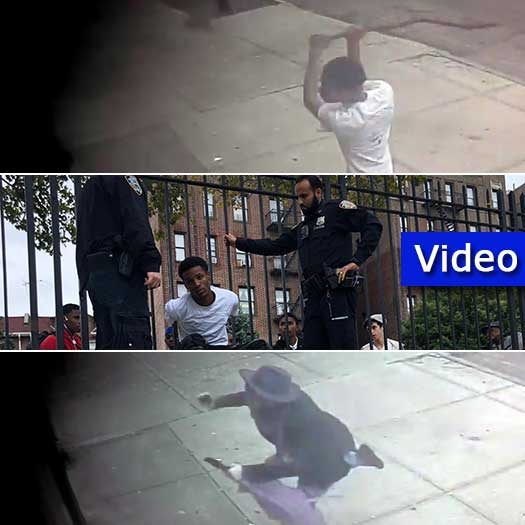 A black teen was arrested for attacking Jewish man with a stick in an unprovoked attack. He was apprehended thanks to the efforts of witnesses and Shomrim Volunteers. Turns out, the suspect was released 20 minutes earlier after being arrested for shoplifting from a nearby bodega.

A Jewish man was violently assaulted in an unprovoked attack while crossing a street in Crown Heights on Monday afternoon.

The incident occurred at around 3:50pm at the intersection of Empire Boulevard and Albany Avenue. The victim was accosted as he was crossing the street by a black teenager carrying a wooden stick. When the victim realized he was about to be assaulted he attempted to flee.

After his arrest the suspect was charged with felony assault, menacing, harassment, criminal possession of a weapon as well as a hate crime.