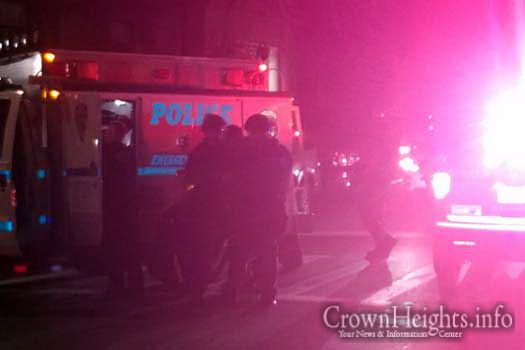 A burglar was apprehended by police Emergency Services after a Jewish woman observed him breaking into an apartment through a fire escape.

Shortly after Simchas Torah ended a Jewish woman observed a black man breaking into an apartment through a fire escape. The apartment, inside of 565 Crown Street on the corner of Albany Avenue, belongs to a Jewish family.

Police officers quickly surrounded the building and called for assistance from the Emergency Services Unit to help apprehend the suspected burglar, who barricaded himself inside the apartment.

Once they gained entry they placed the suspect under arrest without incident.

Police sources said that they are investigating the possibility that this same suspect was behind another robbery that occurred recently in area and was committed in a similar fashion.