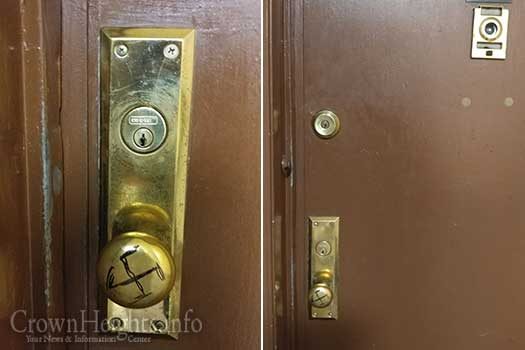 On Friday afternoon a number of residents in a Crown Heights apartment building discovered that swastikas have been drawn on the doors to their apartments. The police have opened a hate crimes investigation.

On Friday afternoon, just a short while before Shabbos was to begin, Jewish residents of 415 Lefferts Avenue, just across the Beth Rivkah Schools, discovered that swastikas have been drawn on the doors to their apartments.

In total three doors were targeted, all of those apartments belong to Jewish residents who make up a minority of the buildings residents.

The incident was reported to Crown Heights Shomrim who in turn notified the police department which began an investigation as a hate crime.