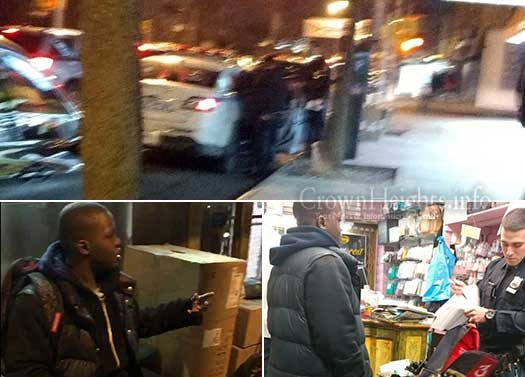 A fourteen year old was busted after passing counterfeit currency at a number of Kingston Avenue stores. Shomrim successfully alerted the police who took the kids into custody. Later they discovered that he targeted over a dozen area stores.

Shomrim received a call on Monday evening from “Everything but the Baby”, a retail store on Kingston Avenue, alerting them that a young teen just managed to pass a fake $50 and $20 bill while making a small purchase and took change for his purchase.

A large number of Shomrim volunteers began a search for the teen, while one stayed at the store to help them with filing a police report.

While waiting, the teen returned to store to attempt a second purchase.

The Shomrim volunteer alerted the others that he returned and another call was place to the police, who arrived promptly and took the teen into custody.

During questioning police discovered that he was in fact just 14-years-old, and claimed to have been duped himself by a man who asked him to make the purchases for him.

While under police questioning Shomrim discovered that he unsuccessfully attempted to make purchases at two other Kingston Avenue stores. Review of surveillance video further revealed that he was working alone, as he was not seen on video with any other accomplices.

“Please don’t arrest me, I’m young and I don’t want a record” were the first words the teen said to police. “Why do you think we will arrest you? If you have nothing to be afraid of if your clean” officers responded.

The teen then laid out a story about a man who took his phone and gave him the fake bills and he was to call him after he got change for small purchases. But after further scrutinizing his story it quickly became apparent that he was the only one involved and that he was quite cunning.

Police found additional bills on him as well as a full-face covering ski mask in his backpack.

At the precinct the teen was interviewed by detectives and was later released into the custody of his father.

Sources in the precinct said that detectives were not willing to peruse an arrest due to his age, along with past efforts being shut down by the districts attorney’s offices’ unwillingness to peruse cases against teens. “Though we feel that this encounter should serve as a warning for the future” the source said.

Following the incident Shomrim put out a warning to stores alerting them to be vigilant against attempts to pass fake currency. Following the warning a number of stores from Flatbush Avenue in Prospect  Lefferts Gardens and on nearby Empire Boulevard have shared photos of what appears to be the same teen passing face currency there as well.

Tnx to a quick response by our Vol and @NYPD71Pct a young teen passing counterfeit bills was taken into custody for questioning and bills confiscated #TeamWork #ItsWhatWeDo pic.twitter.com/XIFFAfYoKd