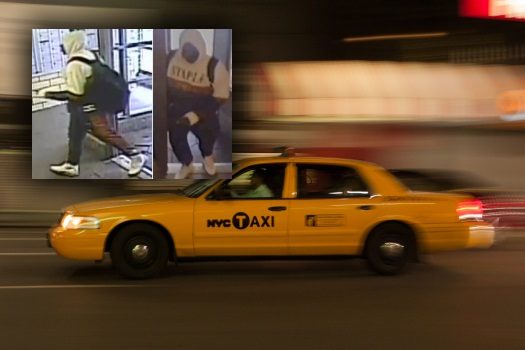 Authorities are looking for a man who they say hailed a yellow cab in Crown Heights, then robbed the driver after being taken to Brownsville.

The perpetrator hailed the cab near St. John’s Place and Troy Avenue, on Thursday, Nov. 2, around 7:30 a.m., police say. He told the driver to take him to a home on Pitkin Avenue near East New York Avenue, then to a home further down Pitkin, near Powell Street, according to police.

Once they got there, he stuck a gun in the 33-year-old man’s ribcage and demanded money, police said.

The driver said he didn’t have any, but the man took his cell phones and went through his pockets, police said. The man found his wallet, took $200 out and gave the wallet back, according to police, and then fled the scene.