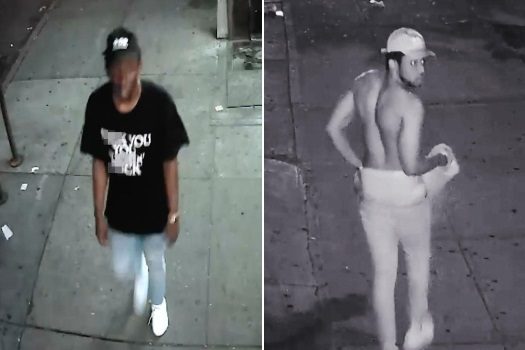 An unidentified man wearing a T-shirt laced with profanities followed home and then tried to force himself on two women in separate incidents between 2:00am and 3:00am this past Thursday in Crown Heights.

Both victims managed to fight him away, and now the NYPD is trying to identify and apprehend him before he strikes again.

Surveillance video of the suspect shows him wearing a t-shirt with a phrase using the “F” word three times. In the next surveillance photos, he’s shirtless, running away bare chested after both victims managed to fight him off.

Warning: The following video contains language and images that may not be suitable for children. Please view at your own discretion.