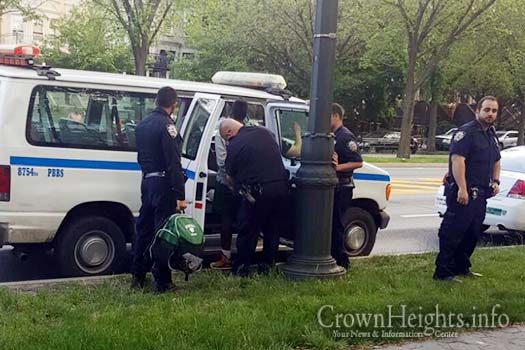 A 14-year-old youth was arrested and charged with grand larceny as a possible bias crime after he snatched a “Yarmulka” [Jewish head covering] off a 13-year-old Jewish boy.

The incident occurred on Monday at around 6:30pm on Eastern Parkway near Brooklyn Avenue. The victim, a 13-year-old yeshiva student, was accosted by a black teenager who snatched the student’s Yarmulka, a religious head covering, and fled.

A witness sprang into action and managed to apprehend the suspect and hold him until police arrived.

The assailant, who was identified as being 14 years old, was taken into custody and charged with grand larceny as a possible bias crime. Hate Crimes Task Force detectives are investigating the incident.

This incident marks yet another in a string of similar incidents involving black youth targeting Jewish residents of Crown Heights.