« Here’s My Story: The Real Medicine
Meet a Woman Who’s Changing the Face of Orthodox-Judaism » 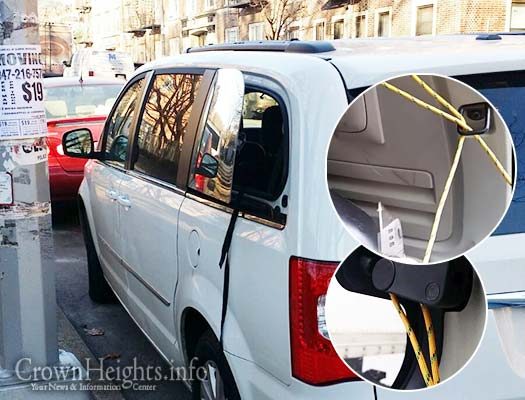 Police have identified a pattern of car burglaries plaguing the entire area within the boundaries of the 71st Precinct. Many of the targeted vehicles are Chrysler Town and Countrys.

Since Shabbos, CrownHeights.info received multiple reports of break-ins to minivans parked on the streets of Crown Heights. Some were reported on Montgomery near Troy Avenue and others on Brooklyn Avenue near President Street.

A source in the 71st Precinct said that they have identified an emerging pattern of burglaries of cars; “this is an issue that is plaguing the entire confines of the [precinct],” he said, adding “we have some 20 reported burglaries and we can assume that there are at least about 10 more that went unreported.”

One minivan was broken into on Monday while it was parked on Troy Avenue near Carroll Street. The vehicle owner told CrownHeights.info that he had just been to Target and purchased lots of household items, including toilet paper, soaps and cleansers – all of which the thief made off with.

His vehicle, a Chrysler Town and Country, is a very popular choice among larger families and it is also a favorite among thieves. The minivan’s weakness is in its rear windows, which are held shut with a cheap plastic lock that is easily defeated with a tiny amount of brute force.

Frustrated with both living in Brooklyn and having to deal with such incidents, he made a short video explaining how it is possible to secure the window, and shared it with some friends and family. It quickly went viral, and we obtained permission to publish it.

A spokesman for the Crown Heights Shomrim said “in order to minimize your chance of being a victim of such a break-in, make sure to keep your vehicle clean and not leave anything behind that could be mistaken to have value.

“We receive a shocking amount of calls from individuals who had their Tefillin stolen from their cars. It is shocking that someone would leave such precious items behind, since thieves would break into a car for much less.”

« Here’s My Story: The Real Medicine
Meet a Woman Who’s Changing the Face of Orthodox-Judaism »