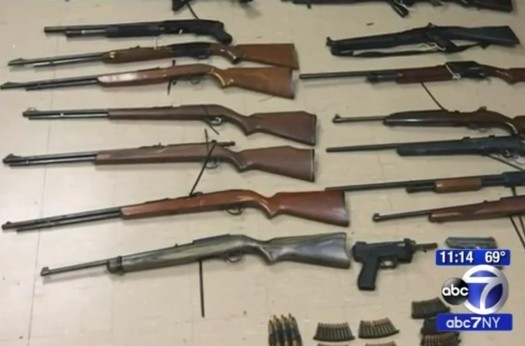 It seemed like routine fire, in a non-descript little apartment in Brooklyn, but what firefighters found was anything but routine.

They found enough firepower to arm a small platoon. Rifles, semi-automatic handguns, shotguns and ammunition, even grenades and sticks of dynamite were found inside a second floor apartment on the corner of Buffalo and Atlantic in Crown Heights.

It was shocking to both firefighters and neighbors. “It’s just crazy. I can’t believe all that in there on this block,” said Hakeem, a neighbor.

50-year-old Eric Brown is facing multiple weapons charges for allegedly having all of that inside his Crown Heights apartment.