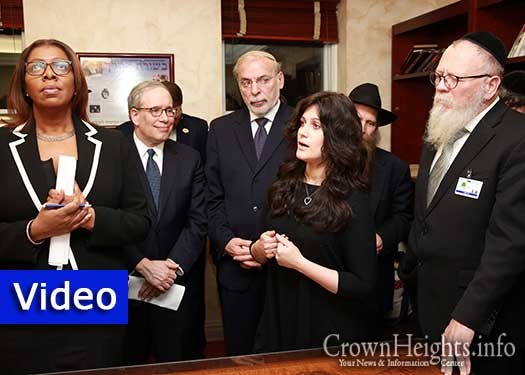 Speaking at a press conference in Crown Heights, the mother of the stabbing victim, Mrs. Rivkah Brikman, called on police to apprehend the attacker and thanked G-d that her son was not killed.

25-year-old Yehuda Leib Brikman, who had just gotten married two weeks ago, was walking home on Empire Boulevard Wednesday at around 11:40am when he was suddenly stabbed in the back by an assailant.

Today, a group of politicians and community activists, along with representatives from the police department, got together for a press conference denouncing this terrible crime.