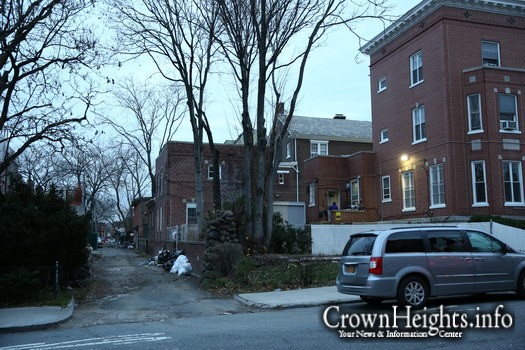 A woman’s midnight quest for marijuana turned into a nightmare, as she was raped in a deserted alleyway by the person she agreed to meet up with.

The incident occurred on Wednesday night, December 23, at around midnight. The victim, a 26-year-old African-American woman, arranged to meet up with a man in order to purchase marijuana.

The two met on the corner of Eastern Parkway and Nostrand Ave., but the perpetrator lured her into the alleyway off Brooklyn Ave. between Union and President Streets, where he pinned her to the ground and committed the assault.

The perpetrator was described as a 6-foot-tall African-American male in his mid-20s, wearing a gray ‘hoodie.’

The victim was transported to Woodhall Hospital, where police collected evidence and she was interviewed by detectives from the NYPD’s Special Crimes Unit.

Police detectives also conducted an investigation at the crime scene, cordoning off the alleyway for several hours. Local residents were left wondering what had transpired, and were not notified of the crime that occurred near their homes until several days later.

“It’s very scary that something like this happened right next to my house, and my children’s school,” a Jewish resident of the block told CrownHeights.info, after being told what had transpired.