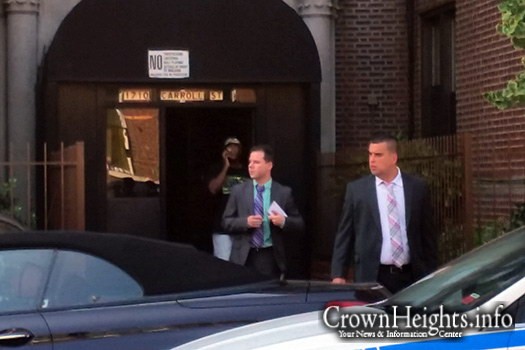 Police are investigating the death of a Hispanic man who was discovered dead in the hallway of a Crown Heights building. Neighbors told CrownHeights.info that the body was found inside a shopping cart.

The incident began to unfold when neighbors discovered the body lying inside a shopping cart at around 9:30am on the third floor of 1710 Carroll Street, located between Utica and Rochester Avenues. Police were called to the scene, and an investigation is currently underway.

Police sources said that the victim is a Hispanic male in his 40s, and that there were no obvious signs of trauma on the body.

“From a preliminary investigation we are not considering the death itself suspicious, but we are investigating how the victim ended up in the shopping cart and inside the building,” said a police source.

The name of the victim has not been released pending the notification of his next of kin.