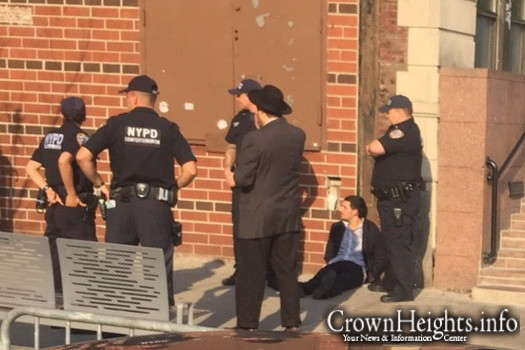 NYC counterterrorism police officers arrested a mentally disabled man yesterday morning after he threatened to blow up ‘770,’ the headquarters and main synagogue of the Chabad-Lubavitch movement in Crown Heights.

It is unclear what led to the confrontation between the counterterrorism officers – who routinely visit 770 and other large synagogues around New York City for safety assessments – and the man.

The man appeared to believe that nefarious forces were conspiring to have him evicted from 770. He accused the officers of working on behalf of these ‘forces,’ and then threatened to blow up the building in retaliation.

As this constituted a criminal terroristic threat, the man was arrested and charged with the crime, then forcibly admitted to a mental health facility in Kings County Hospital.