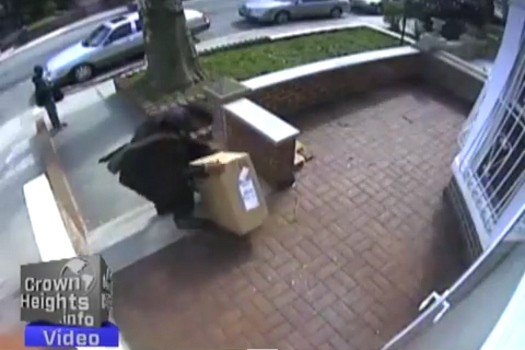 A father and son were caught on surveillance video stealing a package off the porch of a Jewish home in Crown Heights, shortly after it was left there by a UPS deliveryman.

The incident occurred on Friday, April 24, at around 1:30pm, at a home located on Carroll St. between Kingston and Brooklyn Aves.

A Shomrim volunteer told CrownHeights.info that this is not an isolated incident, as Shomrim receives numerous calls reporting such thefts. It is believed that some perpetrators trail behind UPS, Fedex and USPS trucks waiting for packages to be left in vulnerable locations, after which the thieves come over and snatch them.