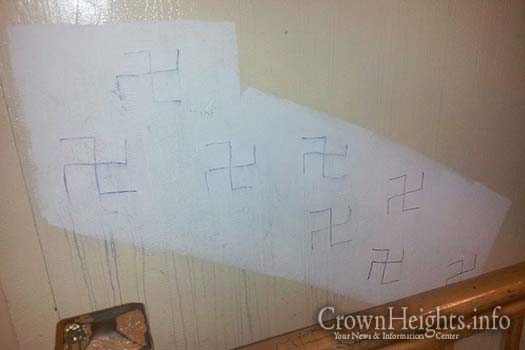 Swastikas scrawled in a Crown Heights building in August, 2014.

NYPD Hate Crimes Task Force is investigating an incident where eight swastikas were drawn in the stairwell of a Crown Heights apartment building.

Police officers from the 71st precinct were called to 350 Lefferts Avenue on Sunday morning after a resident discovered eight swastikas that were drawn on a stairwell wall between the first and second floors.

The hate crimes taskforce was immediately notified and have opened an investigation.

The building contains some 65 residential rental units with both Jewish and non-Jewish residents.