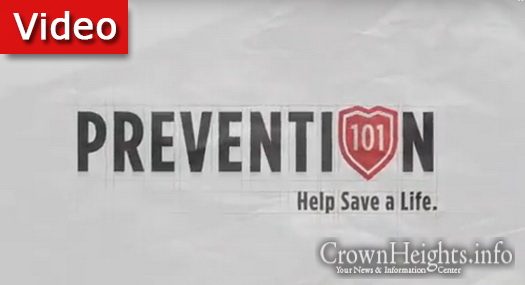 Prevention101: How To Deal With Difficult Parents?

At some point in a school year, a teacher will encounter a difficult parent. A difficult parent is someone who doesn’t believe or trust the teacher and blames the school for any problem their child is having. These parents believe their child is perfect even though the child might be failing academically or having real challenges with behavior.

How can teachers approach parents like this? Shimon Waronker, EdD, experienced a situation in which a team of teachers was having difficulty communicating with a particular parent whose child was troubled, both academically and behaviorally, and the parent maintained that the situation was all the teachers’ faults. The parent truly believed the teachers were ganging up on her blameless child.

This parent was advocating for her child, though not in a constructive way. It was important for the teachers to understand what the parent was trying to do. The parent was being difficult because she felt afraid and believed the enemy was whoever she perceived as attacking her child. In this situation, it is easy for the teacher to begin to view the parent as the enemy as well. As soon as this happens, there will be no dialogue, and no one will be in a healthy position to help the child.

The situation will be more successful if the teacher does not view the parent as the enemy and instead recognizes that the parent is trying to look out for the best interests of the child. The parent doesn’t exactly know how to do that, and what they need at the outset is empathy. Yes, the child has certain behavior issues and the parent is not being supportive, but that’s okay. Teachers need to tell the parent, “We understand why you are upset. You are upset because you feel your child’s needs are not being met. We need to work together for the benefit of your child. Your child is struggling. We want to help. Let’s have a conversation about how we can help your child.” This language prevents the parent from seeing the situation as ‘me versus them.’

If a teacher is always calling parents about something negative that happened with the child, then the entire picture they have of the teacher and the school is negative. Teachers should be sure to call the parent when there’s a breakthrough or when the teacher sees something nice happening with this child. For this reason, teachers should reach out to all parents as early as possible in the school year. It is always better if the first communication with a parent is something positive about their child.

This is critical because once a teacher shows the parent that he or she sees the good in the child, the parent’s defenses go down. The parent now looks at the teacher as an educator who really cares for the child and as a potential ally. If the only time a parent hears from a teacher is when there is a negative report, the teacher will never be able to establish a good rapport with the parent.

It is essential for teachers to understand where parents are coming from. They are simply protecting their children the only way they know how. Teachers must be empathetic to the parent and try to work together as a team. Teachers should make sure they send a good report as soon as possible when they see the child doing something correctly. If teachers implement these strategies, it will be much easier for them to deal with “difficult” parents.

(Article based on an interview with Dr. Shimon Waronker, Ed.D for Operation Survival’s Prevention101 series. Dr. Waronker received his BA from the Univ. of Maryland; and Ph.D. from Harvard)