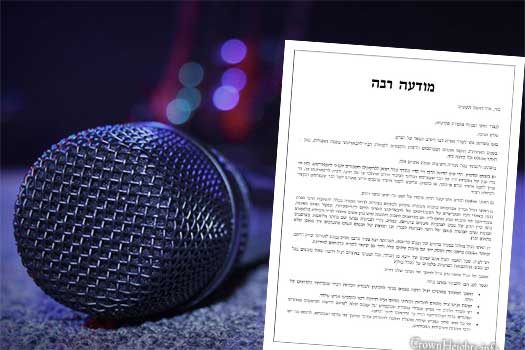 A letter released Monday evening and signed by a number of Chabad Rabbonim singled out the news website behind the promotion of MicDrop events aimed at the Chabad community after it cynically continued to do so after two Rabbonim banned it.

A letter signed by 21 Rabbonim from Chabad communities across the country specifically called out the news website collive following their promotion of the recent MicDrop Events.

A letter from Rabbis Osdoba and Segal banned participation in the event that was scheduled to take place. While a number of presenters backed out, collive cynically posted an article about the ban while promoting the event itself at the end of the article.

Rabbi Shea Hecht later came out and likened the MicDrop events to Call of the Shofar, then later clarified that it in fact is “ten times worse.”

Now Rabbonim have singled out collive in a letter calling out articles with blatant Hashkafa issues and op-ed’s that challenge Lubavitch standards. The letter specifically took issue with their flouting of the ban that was issued.

CrownHeights.info reached out to the editors of collive and as of publicatiaon have not received a response.