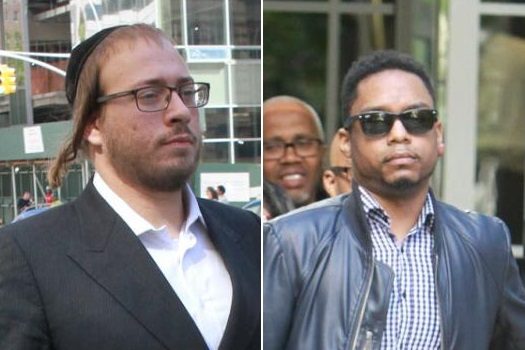 A Williamsburg man who was convicted of gang assault and related charges for his role in the brutal beating of Taj Patterson has his conviction overturned and indictment thrown out.

Mayer Herskovic of Williamsburg was convicted in 2016 of second-degree gang assault and related charges and faced 3 1/2 to 15 years in prison. The conviction was in connection to a  December 1, 2013 incident, at about 4:40 a.m., when Taj Patterson was walking on Flushing Avenue in Williamsburg and a man, later joined by other men, started to chase him. The victim ran, but the group, eventually comprising 15 to 20 men, caught up to him near the corner of Flushing Avenue and Spencer Street.

The victim was then punched, kicked, stomped and had his eye poked by members of the group, according to testimony. He suffered facial fractures, retinal damage and lost eyesight in his right eye.

Mayer Herskovic was convicted based on the victims testimony, and DNA found on a sneaker reportedly thrown on a roof nearby.

Yet the Appellate Division, Second Department ruled that Patterson’s testimony was at times contradictory, and did not lead it to conclude beyond a reasonable doubt that Herskovic was the one responsible. The Appellate Court also cited Patterson’s “inability to positively identify any of his attackers, the varying accounts regarding the incident, and the DNA evidence, which was less than convincing,” as their reason for overturning the conviction and the indictment.

“We respect the court’s decision,” said a spokesman with the Brooklyn District Attorney’s office.

In order to retry the case, the DA’s office would have to secure a fresh indictment. The office did not immediately indicate whether or not it intended to convene another grand jury.