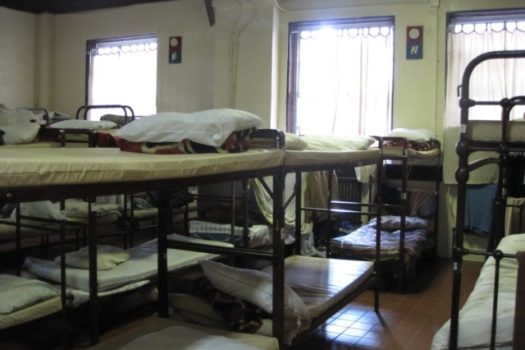 With plans for two new homeless shelters in Crown Heights, Jewish residents struggle to balance the injunction to care for the poor with fear of increased crime, reports the Jewish Week.

The Jewish religious command to welcome the stranger has been front and center in the debate over President Trump’s travel ban. Now, it’s getting a workout — with an intensely local twist — in the ongoing controversy over Mayor de Blasio’s plan to locate homeless shelters in Crown Heights, home to the Chabad-Lubavitch movement as well as a growing influx of non-chasidic Jews.

As locals hotly oppose the two new facilities — a 104-bed men’s shelter at 1173 Bergen St. and a 132-family shelter at 267 Rogers Ave. — Jewish residents struggle to balance the injunction to care for the poor with fear of increased crime.

“We have to approach this whole thing with compassion for these families,” said Eli Cohen, director of the Crown Heights Jewish Community Council, a social service organization representing 60 Jewish congregations in the neighborhood. That said, he is concerned with new shelters will correlate with a “high incidence of crime.”

A spokesman for the Department of Homeless Services, Isaac McGinn, said that residents received “more than 75 days’ notice for this facility,” responding to complaints that little warning was received. The city will also continue “holding public meetings to solicit input, and, where possible, making adjustments based on community feedback to ensure our facilities are seamlessly integrated into the community,” he said in an email.

Baruch Herzfeld, 45, a member of the growing Modern Orthodox community in the neighborhood, said that while he “doesn’t have a problem with the shelter,” he doesn’t trust the city to fairly distribute shelters or manage them effectively. Herzfeld’s house is around the corner from the men’s shelter set to open on Bergen.