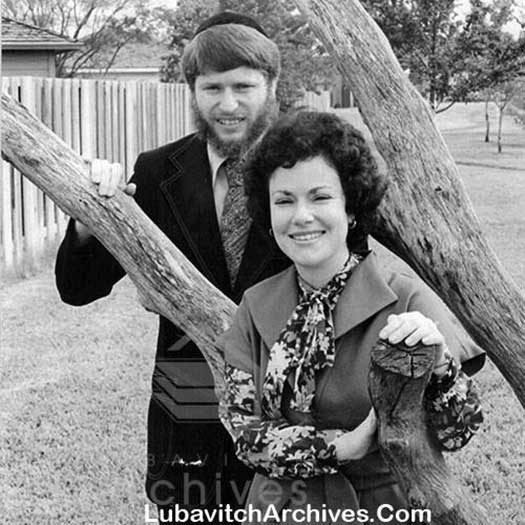 On a Thursday afternoon, February 1992, after coming home from shopping, Pesha Leah (Phyllis) Lapine was murdered in her home. Chabad Lubavitch Archives compiled a brief portrait of her life based on interviews and articles that were published after her murder.

On a Thursday afternoon, February 1992, after coming home from shopping, Pesha Leah (Phyllis) Lapine was murdered in her home.

Neighbors and relatives said the Lapines were well-known for their generosity and had a wide circle of friends. She adopted the Jewish name Pesha Leah and he used Chaim Dovid. Mrs. Lapine became a faithful member of a group of women on the block who met on Friday evenings to study the Torah.

“Phyllis was always very giving,” Janice Lapine said. “She was always visiting anyone who was sick. They didn’t have to be friends. If she heard someone in the neighborhood was in the hospital, she would go there and visit them. Their house was always open. Every Sabbath, they had guests. Their hospitality knew no bounds.”

Bracha Levertov, a neighbor who was in her Torah group, said, “She was very outgoing and had real Southern hospitality.” Last year, she hosted a Texas-style barbecue in the Catskills.

Eli Blachman, who lives next door, said, “She was a very special person. She was a lady who was always taking care of her children. And he is a real mensch, a real mensch. He is always trying to help other people.”

The Jewish Telegraph Agency reported how Mrs. Lapine sacrificed her life to not be violated:

“The 38-year-old mother of four young children was stabbed more than 30 times in the chest and neck while she fought off her attacker, according to the medical examiner. Her attacker apparently tried to rape her before escaping through the back window.”

A few days later as this information was confirmed, the Rebbe, of righteous memory, spoke about the murder and how painful it is not only for him, the community and especially her children – but the self sacrifice she did knowing that she will not be able to mother her children again.

Here are excerpts from that talk (translation by SIE):

One usually follows the principle of “beginning with a blessing,” – with an obvious and apparent blessing. Nevertheless, there is a matter of immediate and present concern, the passing of a person “al kiddush Hashem,” sanctifying G-d’s Name in public, which took place in this neighborhood.

What has happened is totally inconceivable! There is no one to turn to for an answer. Everyone, including myself, is equally confounded. I – and I’m sure you – remain with an open question.

To die with sanctifying G-d’s name is a great merit. [But,] it is a young mother with small children who died sanctifying G-d’s name. These children will live long and good years and in that time – if the fulfillment of the prophecy “Those that lie in the dust will arise and sing” will, G-d forbid, be delayed – they will long for their mother. They will even tell their own children of this longing; they will tell them of her lofty spiritual plane, and that she merited to sanctify G-d’s Name in public. And this prompts a question – and the question remains unanswered….

Being taken from her children is a greater self-sacrifice than the sacrifice of her own life. For this means that she must give over the upbringing and education of her children to others. This is the greatest sacrifice possible for a mother.