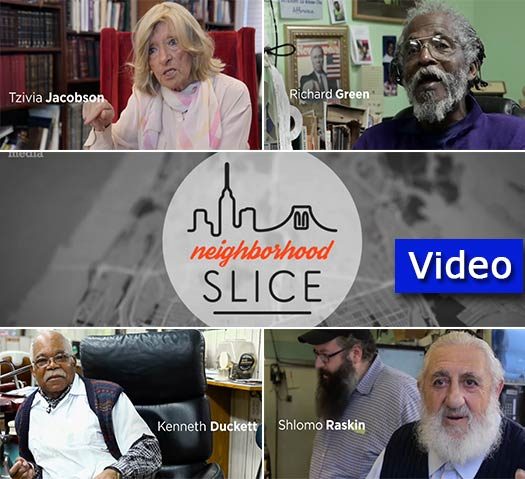 Longtime residents – a barber, fishmonger, educator & activist – share their love for this diverse and resilient Brooklyn neighborhood in a well presented documentary produced by Neighborhood Slice, which airs on local television stations.

The documentary features the observations of four immigrants and now-longtime residents, including; Shlomo Raskin, the owner of a fish store on Kingston Avenue, Tzivia Jacobson, an educator who assisted her husband in publishing a newspaper, Kenneth Duckett, the owner of a barbershop on Nostrand Avenue, and Richard Green, the founder of a youth outreach group in Crown Heights.