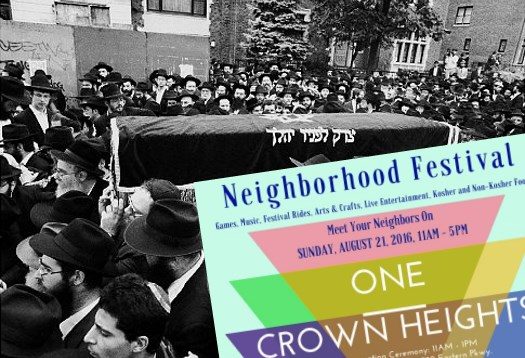 As we approach the 25th Yahrtzeit of Yankel Rosenbaum, HYD, who was murdered in cold blood on account of being a Jew during the infamous Crown Heights riots in the summer of 1991, the Rosenbaum family has reacted with shock and indignation that the anniversary of the riots will be marked with a ‘neighborhood festival.’

“The decision to hold a “Community Festival” to commemorate the 25th anniversary of the Crown Heights Riots is shameful and a disgrace. It is an insult to the memory of Yankel Rosenbaum who was murdered in the early hours of the Riots for being a Jew.  The late Mayor Koch first called the Riots for what they truly were – a Pogrom!  And it should never be forgotten, that Pogrom was not a Community Festival!

‘It is truly an indictment that on the day 25 years ago Yankel was attacked amidst the violent cries of the anti-semetic rioters to “Kill the Jew! Kill the Jew”, that the tragic loss of his life and the circumstances of his murder are today not worth more than games, music, festival rides, arts & crafts, live entertainment and non-kosher food!”

Speaking on behalf of the Rosenbaum family, Isaac Abraham said:

“The Rosenbaum family is outraged by the insensitivity of the organizers of this “Community Festival” who by doing so have trivialized the callous murder of Yankel and desecrated his memory.”

“Since the Crown Heights riots there has been tremendous progress in forging constructive relationships and deescalating tensions between Orthodox Jewish and black residents of the neighborhood, however, holding a neighborhood fun day to commemorate the riots is inexcusable and shamefully low.

“The event should commensurate with the gravity of the incidents.  A community wide fast day is a more appropriate way to commemorate the only pogrom in US history.”