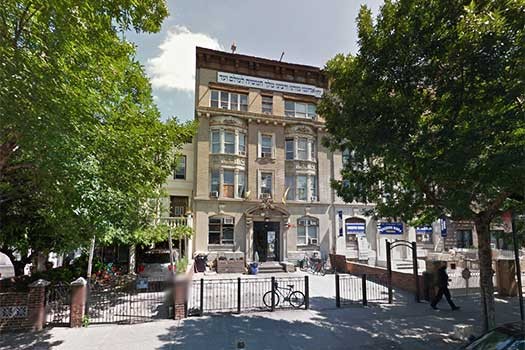 On Friday, inspectors with the New York City Department of Buildings, the Fire Department and uniformed police officers served vacate orders on 14 ‘rooms’ inside of 749 Eastern Parkway due to dangerous conditions with the buildings structure and overcrowding.

749 Eastern Parkway, an infamous address in Crown Heights that has been the scene of recklessness and lawlessness throughout the years, is owned by United Lubavitcher Yeshivoth and has been used over the years as a dormitory for students visiting from abroad.

In the last 20 years the Yeshiva slowly allowed control over the building to slip from their hands, and has reached a point where they admitted that today they have “no control whatsoever over the premises.” This stunning admission came after a student was viciously and violently assaulted, robbed and thrown from his room.

Over the years the building has fallen into a serious status of disrepair, which recently has come to the point that the building poses an immediate threat and danger to its occupants.

A recent inspection by inspectors revealed that one of the main exterior structure walls was bulging and that pieces of the building were falling out from around the window frames. In response the inspector served a partial vacate order for that part of the building.

Friday, building inspectors from the city entered the building escorted by uniformed police officers and fire safety inspectors and proceeded to issue vacate orders to 14 of the rooms. The orders were posted on each room and on the buildings front door.

Building residents have ignored these notices by pulling them down.

According to building department records reveal that 95 complaints were made against this building, with 11 of them still ‘open’, along with 158 major violations and fines.