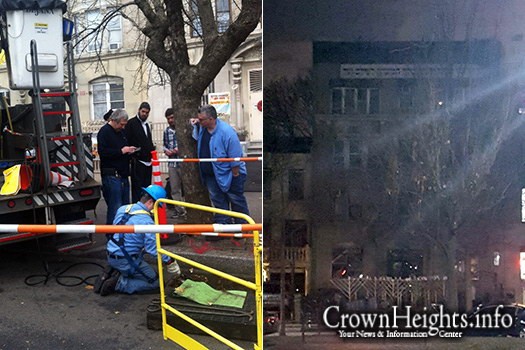 The move comes after the Yeshiva stopped paying the electric bill following months of violence perpetrated against Yeshiva students and threats against members of the administration.

749 serves as a haven for a large number of former students, whom either graduated and refuse to leave or those who were expelled and thrown out of the 1414 President Street dorm that seek free room and board at 749.

For over twenty years Yeshiva administration turned a blind eye to the goings and comings in the building, allowing the rampant lawlessness to run wild to the point where an exasperated community no longer believes anything would change.

“The absurdity is that the Yeshiva is forced to rent out basements and apartments for deserving students since 1414 simply does not have enough space” said a source in the Yeshiva administration.

749 houses approximately 100 people, the majority of whom the Yeshiva administration says are not enrolled in the Yeshiva.