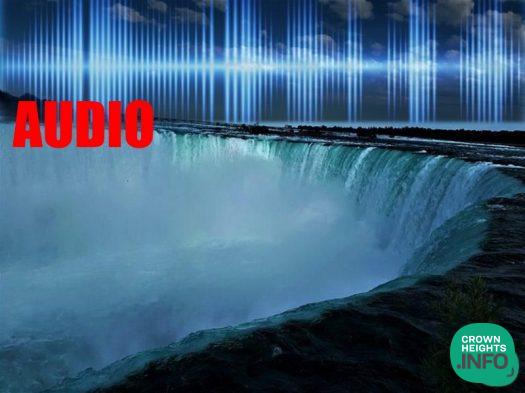 MIRACLE UPON MIRACLES: Listen as the Lubavitch Woman Who Survived A Nearly 90 Foot Fall From A Cliff As She Tells Her Story

The Lubavitch woman who fell nearly 90 feet down a sheer cliff and survived nearly unscathed has shared her story and allowed CrownHeights.info to publicize the miracle.

Update: The Audio may not work on Apple Devices

The Crown Heights family had been on a hiking trip on the Canadian side of Niagara Falls when the incident unfolded.

The seven month pregnant woman had been walking next to her eight year old daughter on the trail when she tripped for an inexplicable reason, tumbling head first and on her stomach down the boulder strewn ravine.

“I was ahead with one of the kids when suddenly my daughter comes screaming to me ‘Mommy fell off the cliff’,” the husband told CrownHeights.info. “If you would see this cliff, you would think that’s it, it’s finished.”

The cliff, a more than 50-foot sheer drop, is on an elevated portion of the trail that they had been hiking on and has protrusions of rock from the top to the bottom where it ends near the water’s edge.

In the recording provided to CrownHeights.info, the woman tells of her harrowing experience falling, and how she suddenly felt like she was floating down. Grabbing a root, she managed to right herself as she fell, surviving the fall in an open miracle with just minor injuries.

When the husband screamed his wife’s name, she responded that she was alive and OK.

“I called the fire department, but since we were a mile into the trail, it took 45 minutes to an hour for them to reach us,” the husband explained. “In the meantime, three gentlemen climbed down from another portion of the trail to help her. From where we were, there was no way to get down.”

Nearly fifteen firefighters arrived at the location and rappelled down the cliff to the injured woman. Unable to get her back up, they commandeered a tourist boat and took her by water to safety.

The miracle of the entire incident became evident in the hospital, where the shocked rescuers were told she suffered only minor injuries and the baby was fine. Confused that the woman survived with such minor injuries, the nursing staff at the hospital questioned the arriving Paramedics, asking if they had heard the “over the radio” report correctly.

“When the police officer called me later on and was told that my wife and the baby were fine, he was basically crying,” the husband said.